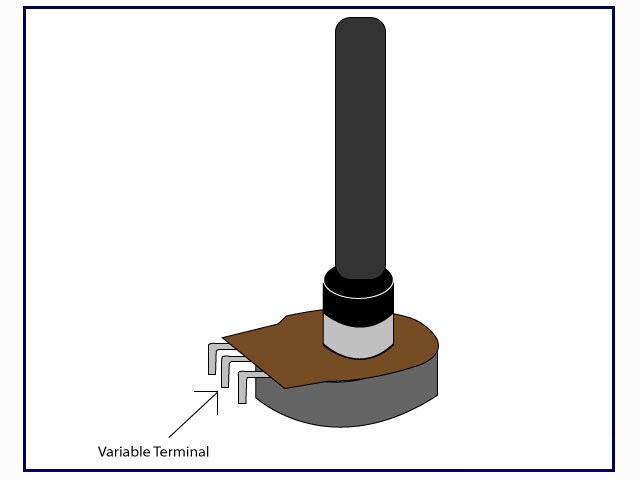 What is a Potentiometer?

How to check the taper with an ohm meter? Set the pot to the centre position (50% rotation) and measure the resistance between the centre pin and each of the outer pins. If the resistance is equal (50% of the pots value) the pot is linear. If the values are not equal, the pot is an log taper.

These pots are extensively used in audio electronics and hence are also called audio pots. The reason for their wide use in audio electronics especially in volume control owes to the perception of loudness by human ears. If two sources produce sound, then the human ear will perceive one source twice as loud as the other only if the intensity of sound of one source is ten times the other. So by using audio pots we are able to achieve perceivable change in loudness by slight turning of the pot. If a linear pot is used instead, we will notice that loudness changes only when the pot is turned to its full extent.

How to make a linear pot behave like a logarithmic pot? Log pots are expensive and tough to find. One idea is to make a circuit whose transfer function is not exactly but similar to logarithmic function. One such circuit is as follows:

Below is the graph of Vin/Vout when y=4 and x is varied between 0 to 1 which looks similar to a log graph (isn’t it?)

The only catch here is that using the above circuit in place of a log pot will reduce the input resistance that the source voltage will see. So some amount of experimentation should be done to choose the value of y. Similarly, reverse log pots can be emulated using linear pot by simply putting R3 resistance across R1 and taking the output voltage across R2.

It is advisable to short lug 1 and lug 2 because if the wiper shorts then there is resistance which will prevent the full signal to pass to Vout.

These are also potentiometers but are “set and forget” devices which are directly mounted on to PCB or bread board to fine tune the circuit. For example, you want to bias a transistor to an exact potential which in turn relies on resistance, you can use a trim pot to get the exact voltage (by changing the resistance) and then forget about it. One might have to use a screwdriver to change the resistance which might not be very convenient but this way it is difficult to change the resistance once you have set it to the desired resistance.

How to Add Sound to Raspberry Pi Game Pad 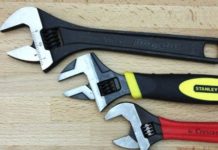