The belt drives are usually classified into the following three groups:

These are used to transmit small powers at belt speeds upto about 10 m/s as in agricultural machines and small machine tools.

These are used to transmit medium powers at belt speeds over 10 m/s but up to 22 m/s, as in machine tools.

These are used to transmit large powers at belt speeds above 22 m/s as in compressors and generators.

Though there are many types of belts used these days, yet the following are important from the
subject point of view:

The flat belt as shown in Fig. 1 , is mostly used in the factories and workshops, where a moderate amount of power is to be transmitted, from one pulley to another when the two pulleys are not more than 8 metres apart.

Flat belts were widely used in the 19th and early 20th centuries in line shafting to transmit power in factories. They were also used in countless farming, mining, and logging applications, such as bucksaws, sawmills, threshers, silo blowers, conveyors for filling corn cribs orhaylofts, balers, water pumps (for wells, mines, or swampy farm fields), and electrical generators. Flat belts are still used today, although not nearly as much as in the line shaft era. The flat belt is a simple system of power transmission that was well suited for its day. It can deliver high power at high speeds (500 hp at 10,000 ft/min or 373 kW at 51 m/s), in cases of wide belts and large pulleys. But these wide-belt-large-pulley drives are bulky, consuming lots of space while requiring high tension leading to high loads, and are poorly suited to close-centers applications, so V-belts have mainly replaced flat-belts for short-distance power transmission; and longer-distance power transmission is typically no longer done with belts at all. For example, factory machines now tend to have individual electric motors.

Because flat belts tend to climb towards the higher side of the pulley, pulleys were made with a slightly convex or “crowned” surface (rather than flat) to allow the belt to self-center as it runs. Flat belts also tend to slip on the pulley face when heavy loads are applied, and many proprietary belt dressings were available that could be applied to the belts to increase friction, and so power transmission.

Flat belts were traditionally made of leather or fabric. Today most are made of rubber or polymers. Grip of leather belts is often better if they are assembled with the hair side (outer side) of the leather against the pulley, although some belts are instead given a half-twist before joining the ends, so that wear can be evenly distributed on both sides of the belt. Belts ends are joined by lacing the ends together with leather thonging (the oldest of the methods), steel comb fasteners and/or lacing, or by gluing or welding (in the case of polyurethane or polyester). Flat belts were traditionally jointed, and still usually are, but they can also be made with endless construction.

The V-belt as shown in Fig. 2 , is mostly used in the factories and workshops, where a great amount of power is to be transmitted, from one pulley to another, when the two pulleys are very near to each other. see more…

The circular belt or rope as shown in Fig. 3 is mostly used in the factories and workshops, where a great amount of power is to be transmitted, from one pulley to another, when the two pulleys are more than 8 metres apart. see more…

If a huge amount of power is to be transmitted, then a single belt may not be sufficient. In such a case, wide pulleys (for V-belts or circular belts) with a number of grooves are used. Then a belt in each groove is provided to transmit the required amount of power from one pulley to another.

Reference A Textbook of Machine Design by R.S.Khurmi and J.K.Gupta and wikipedia 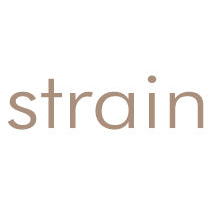