Thermo acoustic have been known for over years but the use of this phenomenon to develop engines and pumps is fairly recent. Thermo acoustic refrigeration is one such phenomenon that uses high intensity sound waves in a pressurized gas tube to pump heat from one place to other to produce refrigeration effect. In this type of refrigeration all sorts of conventional refrigerants are eliminated and sound waves take their place. All we need is a loud speaker and an acoustically insulated tube. Also this system completely eliminates the need for lubricants and results in 40% less energy consumption. Thermo acoustic heat engines have the advantage of operating with inert gases and with little or no moving parts, making them highly efficient ideal candidate for environmentally-safe refrigeration with almost zero maintenance cost. Now we will look into a thermo acoustic refrigerator, its principle and functions.
Introduction :
Thermoacoustic engines (sometimes called “TA engines”) are thermoacoustic devices which use high-amplitude sound waves to pump heat from one place to another, or conversely use a heat difference to induce high-amplitude sound waves. In general, thermoacoustic engines can be divided into standing wave and travelling wave devices. These two types of thermoacoustics devices can again be divided into two thermodynamic classes, a prime mover (or simply heat engine), and a heat pump. The prime mover creates work using heat, whereas a heat pump creates or moves heat using work. Compared to vapor refrigerators, thermoacoustic refrigerators have no ozone-depleting or toxic coolant and few or no moving parts therefore require no dynamic sealing or lubrication.
Construction Of Device:
A thermoacoustic device basically consists of heat exchangers, a resonator, and a stack (on standing wave devices) or regenerator (on travelling wave devices). Depending on the type of engine a driver or loudspeaker might be used as well to generate sound waves.
Consider a tube closed at both ends. Interference can occur between two waves traveling in opposite directions at certain frequencies. The interference causes resonance creating a standing wave. Resonance only occurs at certain frequencies called resonance frequencies, and these are mainly determined by the length of the resonator.
The stack is a part consisting of small parallel channels. When the stack is placed at a certain location in the resonator, while having a standing wave in the resonator, a temperature difference can be measured across the stack. By placing heat exchangers at each side of the stack, heat can be moved. The opposite is possible as well, by creating a temperature difference across the stack, a sound wave can be induced. The first example is a simple heat pump, while the second is a prime mover. 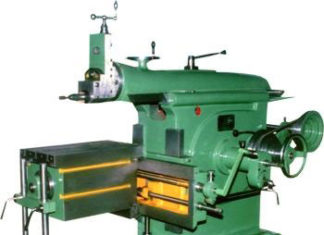 Keval Chaudhari - August 7, 2016
0
SHAPER MACHINE Shaper is a reciprocating type of machine tool in which the ram moves the cutting tool backwards and forwards in a straight line. The... 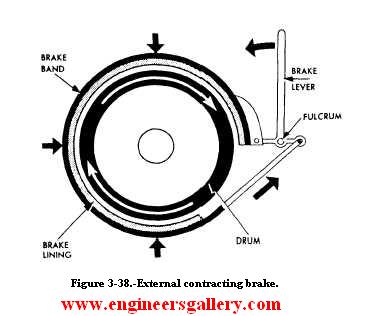 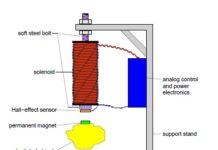