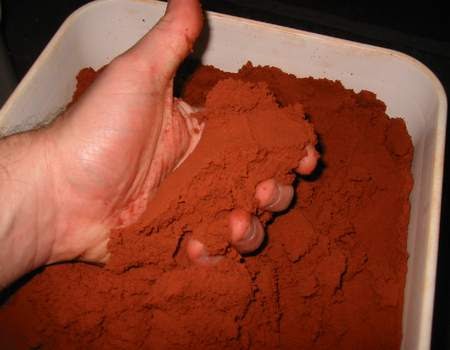 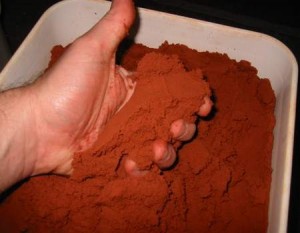 The basic properties required in molding sand and core sand are described as under.

It is also termed as porosity of the molding sand in order to allow the escape of any air, gases or moisture present or generated in the mould when the molten metal is poured into it. All these gaseous generated during pouring and solidification process must escape otherwise the casting becomes defective. Permeability is a function of grain size, grain shape, and moisture and clay contents in the molding sand. The extent of ramming of the sand directly affects the permeability of the mould. Permeability of mold can be further increased by venting using vent rods.

The green sand after water has been mixed into it, must have sufficient strength and toughness to permit the making and handling of the mould. For this, the sand grains must be adhesive, i.e. thev must be capable of attaching themselves to another body and. therefore, and sand grains having high adhesiveness will cling to the sides of the molding box. Also, the sand grains must have the property known as cohesiveness i.e. ability of the sand grains to stick to one another. By virtue of this property, the pattern can be taken out from the mould without breaking the mould and also the erosion of mould wall surfaces does not occur during the flow of molten metal. The green strength also depends upon the grain shape and size, amount and type of clay and the moisture content.

As soon as the molten metal is poured into the mould, the moisture in the sand layer adjacent to the hot metal gets evaporated and this dry sand layer must have sufficient strength to its shape in order to avoid erosion of mould wall during the flow of molten metal. The dry strength also prevents the enlargement of mould cavity cause by the metallostatic pressure of the liquid metal.

It is the ability of the sand to get compacted and behave like a fluid. It will flow uniformly to all portions of pattern when rammed and distribute the ramming pressure evenly all around in all directions. Generally sand particles resist moving around corners or projections. In general, flowability increases with decrease in green strength, an, decrease in grain size. The flowability also varies with moisture and clay content.

After the molten metal in the mould gets solidified, the sand mould must be collapsible so that free contraction of the metal occurs and this would naturally avoid the tearing or cracking of the contracting metal. In absence of this property the contraction of the metal is hindered by the mold and thus results in tears and cracks in the casting. This property is highly desired in cores.

In addition to above requirements, the molding sand should not stick to the casting and should not chemically react with the metal. Molding sand should be cheap and easily available. It should be reusable for economic reasons. Its coefficients of expansion should be sufficiently low. Copied from A Taxtbook of a Basic Manufacturing Processes and Workshop Technology by Rajender Singh.

Coefficient of Friction Between Belt and Pulley

Keval Chaudhari - August 25, 2015
0
The coefficient of friction between the belt and the pulley depends upon the following factors: The material of belt; The material of pulley; The slip of belt; and The speed... 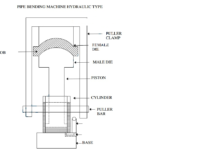