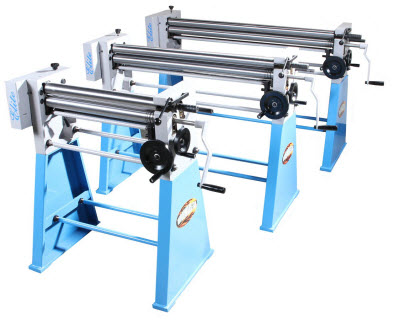 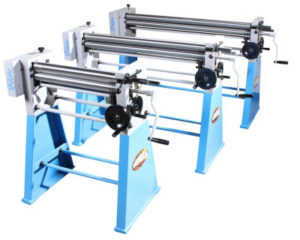 The various machines, which are in use to perform different operations on metal sheets, can be listed as follows:

Apart from the above, many other special purpose machines are also manufactured to suit a particular kind of work especially in mass production of identical parts. The above machines vary in shape and also slightly in the procedure of operating according to the mechanism adopted by different manufactures. Some important machines are discussed as under. A shearing machine consists of a base or frame, which can be conveniently fixed on a bench in any position as desired. Two shearing blades are provided in the machine. One called the fixed blade is rigidly fixed with the frame whereas the other known as movable blade is operated by means of the hand lever provided at the rear.

Folding machines are used for bending and folding the edges of metal plates to form the joint at the seam. Bending machines or bending rollers, as they are better known, are used for shaping metal sheets into cylindrical objects. The machine consists of three rollers. These rollers have different adjustments indifferent types of machines. In some-machines two rollers at the bottom have fixed position and the third one (top roller) can be adjusted in vertical direction to adjust the pressure and give the required curvature to the sheet. A still better control is obtained by having two rollers exactly one over the other, out of which the bottom roller is fixed and the top roller can be adjusted vertically to suit the thickness of the sheet and the pressure required for rolling. The third roller, called radius roller can be moved up and down to provide the desired curvature. Improved designs of these machines are available which contain the rollers, which have grooves of various shapes and sizes to form corresponding shapes in metal sheets. Conical shaped rollers are used for tapered cylindrical articles. Similarly other machines named above are used to perform different operations after which they are named. Burring machine is used to make a burr on the edges of the bottom and covers. Burr is the starting of the seam. Double seaming machine is used for double seaming flat bottoms on straight or flared cylindrical pieces.

Various types of press machines with different capacities are used for mass production of sheet metal components. These are equipped with different kind of press tools or dies.
These are commonly employed for fast and accurate processing of sheet metal work. Source A Textbook of Basic Manufacturing Processes and Workshop Technology by Rajender Singh. 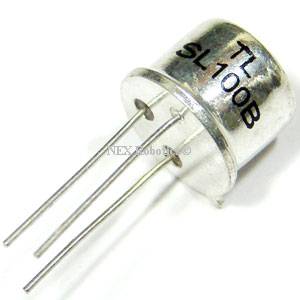 Use the button with Arduino 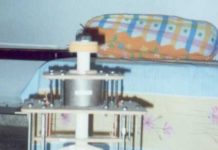 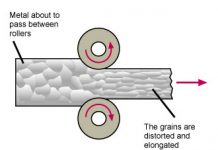 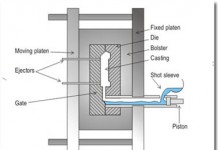 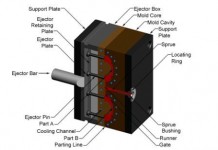