After going through this lesson the student would be able to

In the day-to-day life we come across a wide variety of consumer electronic products. We are habituated to use them easily and flawlessly to our advantage. Common examples are TV Remote Controllers, Mobile Phones, FAX machines, Xerox machines etc.

However, we seldom ponder over the technology behind each of them. Each of these devices does have one or more programmable devices waiting to interact with the environment as effectively as possible. These are a class of “embedded systems” and they provide service in real time. i.e. we need not have to wait too long for the action.

Let us see how an embedded system is characterized and how complex it could be? Take example of a mobile telephone: (Fig. 1.1) 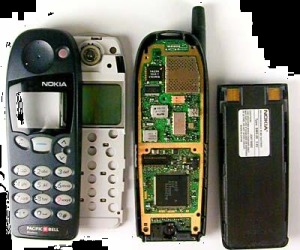 When we want to purchase any of them what do we look for?

Let us see what are the choices available?

Besides the above tabulated facts about the mobile handset, being a student of technology you may also like to know the following

From the above specifications it is clear that a mobile phone is a very complex device which houses a number of miniature gadgets functioning coherently on a single device.

Moreover each of these embedded gadgets such as digital camera or an FM radio along with the telephone has a number of operating modes such as:

These variations in the functionality can only be achieved by a very flexible device.

Since it satisfies the requirement of a number of users at the same time (you and your friend, you and the radio station, you and the telephone network etc) it is working within a time-constraint, i.e. it has to satisfy everyone with the minimum acceptable delay. We call this as to work in “Real Time”. This is unlike your holidaying attitude when you take the clock on your stride.

We can also say that it does not make us wait long for taking our words and relaying them as well as receiving them, unlike an email server, which might take days to receive/deliver your message when the network is congested or slow.

Now we are ready to take some definitions

For example the time struck by clock (however fast or late it might be) . The timings generated by your requirements. You may like to call someone at mid-night and send him a picture. This external timing requirements imposed by the user is the real-time for the embedded system.

“Embodied phenomena are those that by their very nature occur in real time and real space” In other words, A number of systems coexist to discharge a specific function in real time

Thus “A Real Time Embedded System” (RTES) is precisely the union of subsystems to discharge a specific task coherently. Hence forth we call them as RTES. RTES as a generic term may mean a wide variety of systems in the real world. However we will be concerned about them which use programmable devices such as microprocessors or microcontrollers and have specific functions. We shall characterize them as follows.

Characteristics of an Rtes

Here “single-functioned” means specific functions. The RTES is usually meant for very specific functions. Generally a special purpose microprocessor executes a program over and over again for a specific purpose. If the user wants to change the functionality, e.g. changing the mobile phone from conversation to camera mode or calculator mode the program gets flushed out and a new program is loaded which carries out the requisite function. These operations are monitored and controlled by an operating system called as Real Time Operating System (RTOS) which has much simpler complexity but more rigid constraints as compared to the conventional operating systems such as Micro Soft Windows and Unix etc.

The constraints on the design and marketability of RTES are more rigid than their non-real-time non-embedded counter parts. Time-domain constraints are the first thing that is taken care while developing such a system. Size, weight, power consumption and cost4 are the other major factors.

Many embedded systems must continually react to changes in the system’s environment and must compute certain results in real time without delay. For example, a car’s cruise controller continually monitors and reacts to speed and brake sensors. It must compute acceleration or deceleration amounts repeatedly within a limited time; a delayed computation could result in a failure to maintain control of the car. In contrast a desktop computer system typically focuses on computations, with relatively infrequent (from the computer’s perspective) reactions to input devices. In addition, a delay in those computations, while perhaps inconvenient to the computer user, typically does not result in a system failure.

4 Very few in India will be interested to buy a mobile phone if it costs Rs50,000/- even if it provides you a faster processor with 200MB of memory to store your address, your favorite mp3 music and plays them , acts as a small-screen TV whenever you desire, takes your call intelligently

However in USA majority can afford it !!!!!!

Unlike general purpose computers a generic architecture can not be defined for a Real Time Embedded Systems. There are as many architecture as the number of manufacturers. Generalizing them would severely dilute the soul purpose of embodiment and specialization.

However for the sake of our understanding we can discuss some common form of systems at the block diagram level. Any system can hierarchically divided into subsystems. Each sub-system may be further segregated into smaller systems. And each of these smaller systems may consist of some discrete parts. This is called Hardware configuration.

Some of these parts may be programmable and therefore must have some place to keep these programs. In RTES the on- chip or on- board non-volatile memory does keep these programs. These programs are the part of the Real Time Operating System (RTOS) and continually run as long as the gadget is receiving power. A part of the RTOS also executes itself in the stand -by mode while taking a very little power from the battery. This is also called the sleep mode of the system.

Both the hardware and software coexist in a coherent manner. Tasks which can be both carried out by software and hardware affect the design process of the system. For example a multiplication action may be done by hardware or it can be done by software by repeated additions. Hardware based multiplication improves the speed at the cost of increased complexity of the arithmetic logic unit (ALU) of the embedded processor. On the other hand software based multiplication is slower but the ALU is simpler to design. These are some of the conflicting requirements which need to be resolved on the requirements as imposed by the overall system. This is known as Hardware-Software Codesign or simply Codesign. 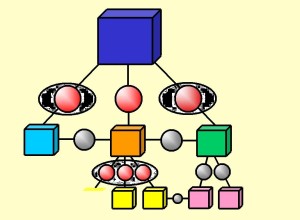 Fig. 1.2 The System Interface and Architecture

The red and grey spheres in Fig.1.2 represent interface standards. When a system is assembled it starts with some chassis or a single subsystem. Subsequently subsystems are added onto it to make it a complete system.

Let us take the example of a Desktop Computer. Though not an Embedded System it can give us a nice example of assembling a system from its subsystems.

As we can see that each of the subsystems inside or outside the Desktop has cables fitting well into the slots meant for them. These cables and slots are uniform for almost any Desktop you choose to assemble. The connection of one subsystem into the other and vice-versa is known as Interfacing. It is so easy to assemble because they are all standardized. Therefore, standardization of the interfaces is most essential for the universal applicability of the system and its compatibility with other systems. There can be open standards which makes it exchange information with products from other companies. It may have certain key standards, which is only meant for the specific company which manufactures them. 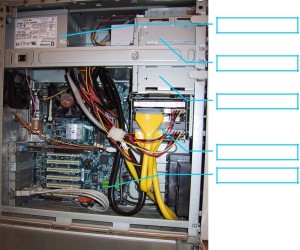 A Desktop Computer will have more open standards than an Embedded System. This is because of the level of integration in the later. Many of the components of the embedded systems are integrated on to a single chip. This concept is known as System on Chip (SOC) design. Thus there are only few subsystems left to be connected.

Analyzing the assembling process of a Desktop let us comparatively assess the possible subsystems of the typical RTES.

One such segregation is shown in Fig.1.4. The explanation of various parts as follows:

User Interface: for interacting with users. May consists of keyboard, touch pad etc

Microcontroller(µC): A family of microprocessors

Real Time Operating System (RTOS): contains all the software for the system control and user interface

Controller Process: The overall control algorithm for the external process. It also provides timing and control for the various units inside the embedded system.

Controller Process: The part of the RTOS that runs the software for Timing and Control amongst the various units of the embedded system 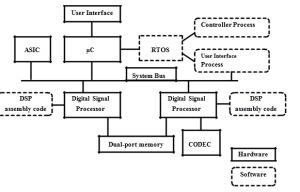 Fig. 1.4 Architecture of an Embedded System

The above architecture represents a hypothetical Embedded System (we will see more realistic ones in subsequent examples). More than one microprocessor (2 DSPs and 1 µC) are employed here to carry out different tasks. As we will learn later, the µC is generally meant for simpler and slower jobs such as carrying out a Proportional Integral (PI) control action or interpreting the user commands etc. The DSP is a more heavy duty processor capable of doing real time signal processing and control. Both the DSPs along with their operating systems and codes are independent of each other. They share the same memory without interfering with each other. This kind of memory is known as dual ported memory or two-way post-box memory. The Real Time Operating System (RTOS) controls the timing requirement of all the devices. It executes the over all control algorithm of the process while diverting more complex tasks to the DSPs. It also specifically controls the µC for the necessary user interactivity. The ASICs are specialized units capable of specialized functions such as motor control, voice encoding, modulation/demodulation (MODEM) action etc. They can be digital, analog or mixed signal VLSI circuits. CODECs are generally used for interfacing low power serial Analog-to-Digital Converters (ADCs). The analog signals from the controlled process can be monitored through an ADC interfaced through this CODEC. 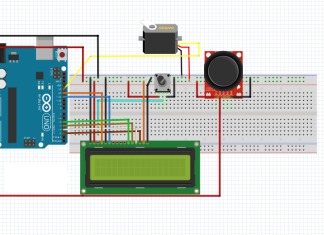 Amisha - December 23, 2015
0
Introduction Hi Friends, we provide in terms of servo motors manually using the joystick at the same time we do a project today we can... 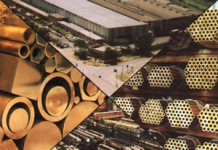 How to Interface 4×4 Matrix Keypad with LPC2148 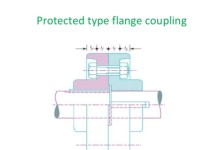