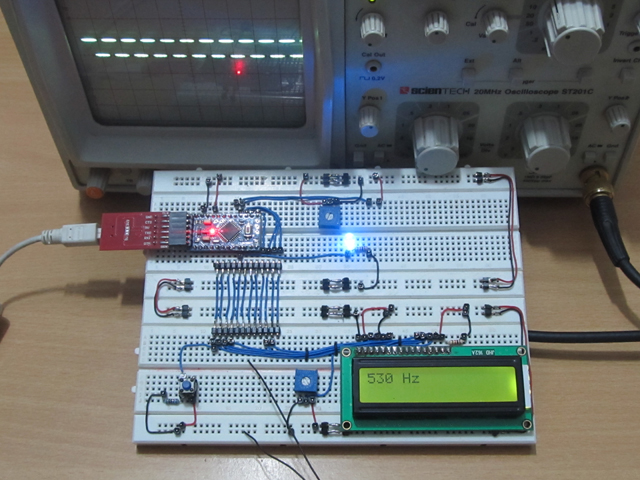 How To Make a Simple Variable Frequency Generator Using Arduino

A frequency generator is a very handy device in electronic design, development, testing and trouble shooting. It is such a kind of device which can generate the required frequencies which can be then applied directly to the target device for testing it. There are frequency generators which can generate the required waveform like sine wave, saw tooth wave etc. but for normal applications the square wave generation with variable frequency is sufficient.This particular project explains how to make a variable frequency generator with the help of Arduino.The Arduino is referred to as an easy prototyping platform which has been popular among both hobbyist and experts and widely used in industries as well.
Any AVR microcontroller based board which follows the standard Arduino schematic and is flashed with the Arduino bootloader can be called an Arduino board. The Arduino is open source hardware where the hardware schematic is open anybody can use those schematic to develop their Arduino board and distribute. The Arduino IDE is also open source and anybody can contribute their libraries to the Arduino. All Arduino boards should be compatible with the Arduino IDE which can be used to program the Arduino boards. Arduino board can act as a stand-alone system with capabilities to take inputs, process the input and then generate a corresponding output. It is through these inputs and outputs that the Arduino as a system can communicate with the environment. The Arduino boards communicates with other devices using digital input/output analog input/output standard communication ports like USART, IIC, and USB etc. 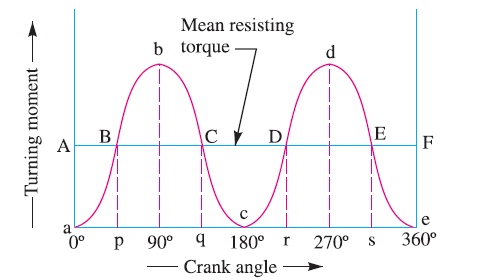 Coefficient of Fluctuation of Speed

Keval Chaudhari - September 11, 2015
0
Coefficient of Fluctuation of Speed The difference between the maximum and minimum speeds during a cycle is called the maximum fluctuation of speed. The ratio of...

Load and Its types 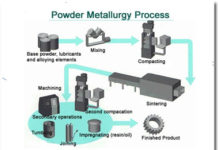 Types of Belt Drives and Belts