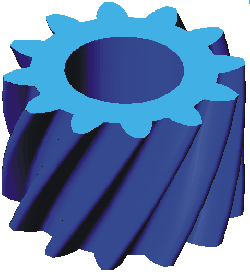 Helical gears are similar to the spur gear except that the teeth are at an angle to the shaft, rather than parallel to it as in a spur gear. The resulting teeth are longer than the teeth on a spur gear of equivalent pitch diameter. The longer teeth cause helical gears to have the following differences from spur gears of the same size:

Helical gears may be used to mesh two shafts that are not parallel, although they are still primarily use in parallel shaft applications. A special application in which helical gears are used is a crossed gear mesh, in which the two shafts are perpendicular to each other: The basic descriptive geometry for a helical gear is essentially the same as that of the spur gear, except that the helix angle must be added as a parameter.

Helical or “dry fixed” gears offer a refinement over spur gears. The leading edges of the teeth are not parallel to the axis of rotation, but are set at an angle. Since the gear is curved, this angling causes the tooth shape to be a segment of a helix. Helical gears can be meshed in parallel or crossed orientations. The former refers to when the shafts are parallel to each other; this is the most common orientation. In the latter, the shafts are non-parallel, and in this configuration the gears are sometimes known as “skew gears”.

A disadvantage of helical gears is a resultant thrust along the axis of the gear, which needs to be accommodated by appropriate thrust bearings, and a greater degree of sliding friction between the meshing teeth, often addressed with additives in the lubricant. 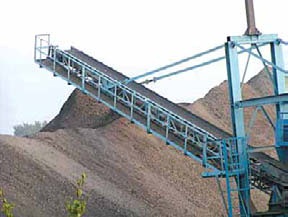 Keval Chaudhari - August 30, 2015
0
Length of a Cross Belt Drive We have discussed that in a cross belt drive, both the pulleys rotate in the opposite directions as shown in... 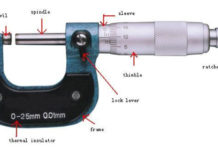 COMMON PARTS OF OUTSIDE MICROMETER How to interface seven segment display with 8051 microcontroller (AT89C51)