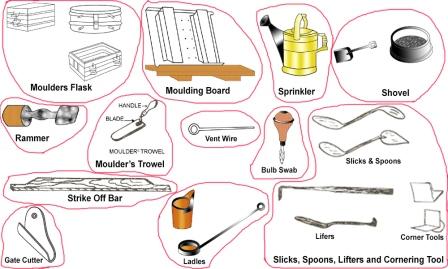 The common hand tools used in foundry shop are fairly numerous. A brief description of the following foundry tools used frequently by molder is given as under.

Hand riddle consists of a screen of standard circular wire mesh equipped with circular wooden frame. It is generally used for cleaning the sand for removing foreign material such as nails, shot metal, splinters of wood etc. from it. Even power operated riddles are available for riddling large volume of sand.

Shovel consists of an steel pan fitted with a long wooden handle. It is used in mixing, tempering and conditioning the foundry sand by hand. It is also used for moving and transforming the molding sand to the container and molding box or flask. It should always be kept clean.

Rammers are required for striking the molding sand mass in the molding box to pack or compact it uniformly all around the pattern. The common forms of rammers used in ramming are hand rammer, peen rammer, floor rammer and pneumatic rammer which are briefly described as

It is generally made of wood or metal. It is small and one end of which carries a wedge type construction, called peen and the other end possesses a solid cylindrical shape known as butt. It is used for ramming the sand in bench molding work.

It has a wedge-shaped construction formed at the bottom of a metallic rod. It is generally used in packing the molding sand in pockets and comers.

It consists of a long steel bar carrying a peen at one end and a flat portion on the other. It is a heavier and larger in comparison to hand rammer. Its specific use is in floor molding for ramming the sand for larger molds. Due to its large length, the molder can operate it in standing position.

They save considerable time and labor and are used for making large molds.

Sprue pin is a tapered rod of wood or iron which is placed or pushed in cope to join mold cavity while the molding sand in the cope is being rammed. Later its withdrawal from cope produce a vertical hole in molding sand, called sprue through which the molten metal is poured into the mould using gating system.

Strike off bar is a flat bar having straight edge and is made of wood or iron. It is used to strike off or remove the excess sand from the top of a molding box after completion of ramming thereby making its surface plane and smooth. Its one edge is made beveled and the other end is kept perfectly smooth and plane.

Mallet is similar to a wooden hammer and is generally as used in carpentry or sheet metal shops. In molding shop, it is used for driving the draw spike into the pattern and then rapping it for separation from the mould surfaces so that pattern can be easily withdrawn leaving the mold cavity without damaging the mold surfaces.

Draw spike is a tapered steel rod having a loop or ring at its one end and a sharp point at the other. It may have screw threads on the end to engage metal pattern for it withdrawal from the mold. It is used for driven into pattern which is embedded in the molding sand and raps the pattern to get separated from the pattern and finally draws out it from the mold cavity.

Vent rod is a thin spiked steel rod or wire carrying a pointed edge at one end and a wooden handle or a bent loop at the other. After ramming and striking off the excess sand it is utilized to pierce series of small holes in the molding sand in the cope portion. The series of pierced small holes are called vents holes which allow the exit or escape of steam and gases during pouring mold and solidifying of the molten metal for getting a sound casting.

Lifters are also known as cleaners or finishing tool which are made of thin sections of steel of various length and width with one end bent at right angle. They are used for cleaning, repairing and finishing the bottom and sides of deep and narrow openings in mold cavity after withdrawal of pattern. They are also used for removing loose sand from mold cavity.

Trowels are utilized for finishing flat surfaces and joints and partings lines of the mold. They consist of metal blade made of iron and are equipped with a wooden handle. The common metal blade shapes of trowels may be pointed or contoured or rectangular oriented. The trowels are basically employed for smoothing or slicking the surfaces of molds. They may also be used to cut in-gates and repair the mold surfaces.

Slicks are also recognized as small double ended mold finishing tool which are generally used for repairing and finishing the mold surfaces and their edges after withdrawal of the pattern. The commonly used slicks are of the types of heart and leaf, square and heart, spoon and bead and heart and spoon. The nomenclatures of the slicks are largely due to their shapes.

According to their use and shape they are given different names. They are also known as finishing tools which are commonly used for repairing and finishing flat and round surfaces, round or square corners and edges of molds.

Swab is a small hemp fiber brush used for moistening the edges of sand mould, which are in contact with the pattern surface before withdrawing the pattern. It is used for sweeping away the molding sand from the mold surface and pattern. It is also used for coating the liquid blacking on the mold faces in dry sand molds.

Spirit level is used by molder to check whether the sand bed or molding box is horizontal or not.

Gate cutter is a small shaped piece of sheet metal commonly used to cut runners and feeding gates for connecting sprue hole with the mold cavity.

Gaggers are pieces of wires or rods bent at one or both ends which are used for reinforcing the downward projecting sand mass in the cope are known as gaggers. They support hanging bodies of sand. They possess a length varying from 2 to 50 cm. A gagger is always used in cope area and it may reach up to 6 mm away from the pattern. It should be coated with clay wash so that the sand adheres to it. Its surface should be rough in order to have a good grip with the molding sand. It is made up of steel reinforcing bar.

Spray gun is mainly used to spray coating of facing materials etc. on a mold or core surface.

They are basically used to reinforce thin projections of sand in the mold or cores.

They are commonly used to reinforce thin projections of sand in molds or cores. They are also used to fasten cores in molds and reinforce sand in front of an in-gate.

Bellows gun is hand operated leather made device equipped with compressed air jet to blow or pump air when operated. It is used to blow away the loose or unwanted sand from the surfaces of mold cavities.

They are made of steel and are used for clamping the molding boxes firmly together during pouring. Copied from A Textbook of Manufacturing processes and Workshop Technology by Rajender Singh. 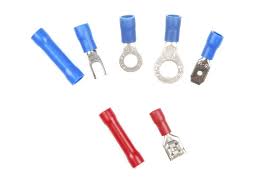 ujas patel - January 31, 2015
0
It is a connector that enables a wire to be connected to device. Wires can be soldered into devices or circuit board. But that...

Coefficient of Friction Between Belt and Pulley 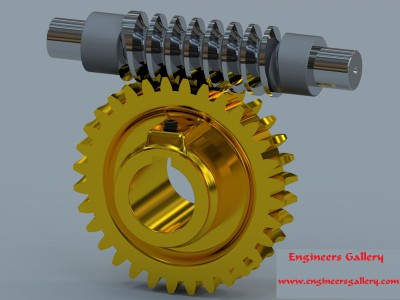 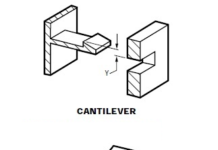