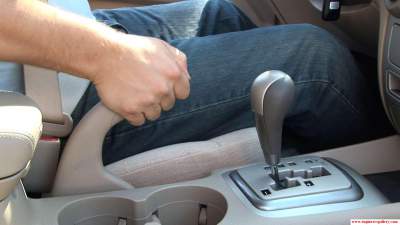 In cars, the hand brake, also called parking brake, emergency brake, or e-brake, is a latching brake usually used to keep the vehicle stationary. It is sometimes also used to prevent a vehicle from rolling when the operator needs both feet to operate the clutch and throttle pedals. Automobile hand brakes usually consist of a cable directly connected to the brake mechanism on one end and to a lever or foot pedal at the driver’s position. The mechanism is often a hand-operated lever (hence the hand brake name), on the floor on either side of the driver, or a pull handle located below and near the steering wheel column, or a (foot-operated) pedal located far apart from the other pedals.

Although sometimes known as an emergency brake, using it in any emergency where the foot brake is still operational is likely to badly upset the brake balance of the car and vastly increase the likelihood of loss of control of the vehicle, for example by initiating a rear-wheel skid. Additionally, the stopping force provided by using the handbrake is small and would not significantly aid in stopping the vehicle. The parking brake operates mostly on the rear wheels, which have reduced traction while braking but in some cases, parking brake operates on front wheel, as done in most Citroen’s manufactured since the end of World War II. The hand brake is instead intended for use in case of mechanical failure where the regular foot brake is inoperable or compromised. Modern brake systems are typically very reliable and equipped with dual-circuit hydraulics and low-brake-fluid sensor systems, meaning the handbrake is rarely used to stop a moving vehicle.

The most common use for a parking brake is to keep the vehicle motionless when it is parked. Parking brakes have a ratchet locking mechanism that will keep them engaged until a release button is pressed. On vehicles with automatic transmissions, this is usually used in concert with a parking pawl in the transmission. Automotive safety experts recommend the use of both systems to immobilize a parked car, and the use of both systems is required by law in some places, yet many individuals use only the “Park” position on the automatic transmission and not the parking brake. It’s similar with manual transmission cars: They are recommended always to be left with the handbrake engaged, in concert with their lowest gear (usually either first or reverse). The use of both systems is also required by law in some jurisdictions. However, when parking on level ground, many people either only engage the handbrake (gear lever in neutral), or only select a gear (handbrake released). If parking on a hill with only one system results in the car rolling and damaging the car or other property, insurance companies in some countries, for example in Germany, aren’t required to pay for the damages.

Hand brakes are also used to assist in hill starts on vehicles with manual transmissions. Use of the handbrake frees both feet for use on the accelerator and clutch pedals, allowing the car to move off without rolling back at all. 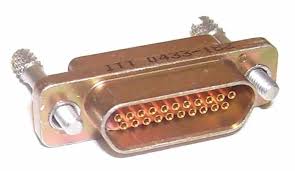 ujas patel - January 28, 2015
0
D connectors are common electrical connectors especially found in the communication ports of the personal computer. The name is due to its ‘D’ shape... 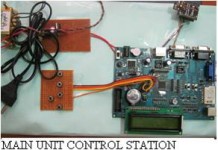 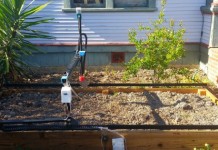