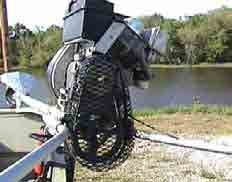 The belts or ropes are used to transmit power from one shaft to another by means of pulleys which rotate at the same speed or at different speeds. The amount of power transmitted depends upon the following factors :

It may be noted that
(a) The shafts should be properly in line to insure uniform tension across the belt section.

(b) The pulleys should not be too close together, in order that the arc of contact on the smaller pulley may be as large as possible.

(c) The pulleys should not be so far apart as to cause the belt to weigh heavily on the shafts, thus increasing the friction load on the bearings.

(d) A long belt tends to swing from side to side, causing the belt to run out of the pulleys, which in turn develops crooked spots in the belt.

(e) The tight side of the belt should be at the bottom, so that whatever sag is present on the loose side will increase the arc of contact at the pulleys.

( f ) In order to obtain good results with flat belts, the maximum distance between the shafts should not exceed 10 metres and the minimum should not be less than 3.5 times the diameter of the larger pulley.

When the belt passes from the slack side to the tight side, a certain portion of the belt extends and it contracts again when the belt passes from the tight side to the slack side. Due to these changes of length, there is a relative motion between the belt and the pulley surfaces. This relative motion is termed as creep. The total effect of creep is to reduce slightly the speed of the driven pulley or follower. Considering creep, the velocity ratio is given by

where, σ1 and σ2 = Stress in the belt on the tight and slack side respectively, and
E = Young’s modulus for the material of the belt.
Note: Since the effect of creep is very small, therefore it is generally neglected. 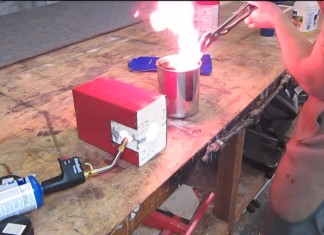 Keval Chaudhari - April 24, 2016
0
HEAT TREATMENT AND SAFETY PRECAUTIONS OF FORGING HEAT TREATMENT OF FORGING Heat treatment is carried out for releasing the internal stresses arising in the metal during forging... 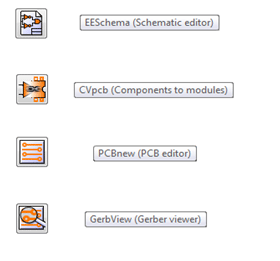 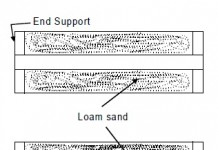