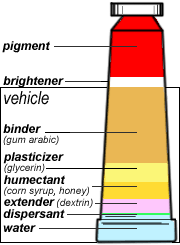 A good paint must have sufficient fluidity so that it can be easily spread by a brush over the surface. It should form a durable and wear-resistant film on drying over the surface of wood. It should retain its color on drying and under changing conditions of atmosphere and should not be affected much by moisture. It should give a pleasing appearance to the surface on drying. An oil paint comprises of various constituents such as base, vehicle, pigments, thinner and driver which are discussed as under.

Base is a major constituent of oil paint. It is finely ground powdered material which is mixed and then applied to the surface of the finished part to form the body of the paint. The functions of a paint base is to provide a sort of reinforcement to the film coated on the surface of finished parts after it dries, in order to make it hard and wear-resistant for long life. It also minimizes the chances of cracking of the coated film of paint after drying. Commonly used bases involve white lead, red lead and iron oxide.

The second constituent named as vehicle will act as a binder for the solid material and enables suspension of base and other coloring pigments in order to allow their even application on the prepared surface of the products and it facilitate its adherence to the latter. The well known vehicles are raw linseed oil, single or double boiled linseed oil, refined linseed oil, nut oil, stand oil and poppy oil.

The Thinner is a such a solvent which, when added to the paint, reduces its consistency and, thus, enhances its flow ability thereby facilitating an easy and quick spreading of paint over the surface of the job in the from of an uniform thin film. It is important to note that the thinner should not be added to the paint in an excessive quantity. The amount of a thinner in paint varies between 5 to 8 percent of the paint. The commonly used thinners are turpentine and naphtha.

The main objective or function of a drier in oil paint is to increase the rate of drying of the vehicles and hence the applied paints. The generally used driers are red lead, zinc sulphate, lead acetate, lead oxide and manganese sulphate. Copied from Basic of Manufacturing Processes and Workshop Technology by Rajender Singh. 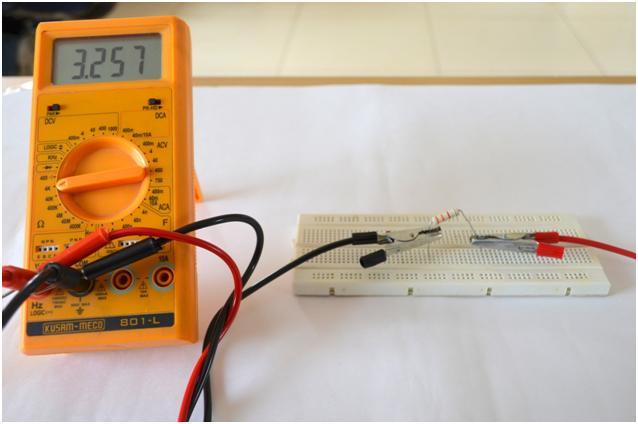 ujas patel - January 23, 2015
0
Multimeter Tutorial: How to Test and Measure Resistance Step 1: How to Use Multimeter As its name suggests, a multimeter measures various circuit parameters such as resistance,... 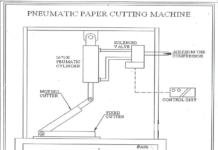