Heat transfer by conduction can be explained as the energy actually traveling from one molecule to another. As a molecule moves faster, it causes the nearby molecules to do the same. For example, if one end of a copper rod is placed in a flame, in a short time the other end will get too hot to handle. The heat travels up the rod from molecule to molecule, Figure 1. Heat transfer by conduction is used in many applications. For example, heat is transferred by
conduction from the hot electric burner on the cook stove to the pan or pot resting on it.

Heat does not conduct at the same rate in all materials. Copper, for instance, conducts heat at a different rate than iron. Glass is a very poor conductor of heat. Touching a wooden fence post or another piece of wood on a cold morning does not give the same sensation as touching a car fender or another piece of steel. The steel feels much colder.

Actually, the steel is not colder; it just conducts heat out of the hand faster, Figure 2. The different rates at which various materials conduct heat have an interesting similarity to the conduction of electricity. As a rule, substances that are poor

TRAFFIC CONTROLLER SYSTEM BASED ON DENSITY

Amisha - December 10, 2015
0
AIM: The main aim of this project is to controller the traffic at the junction by placing the traffic light with help of IR sensors.   DESCRIPTION: The... 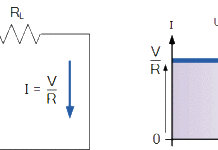 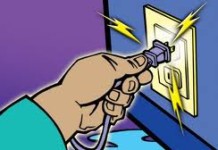