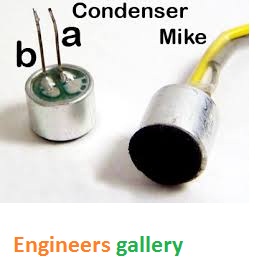 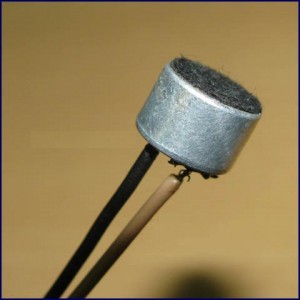 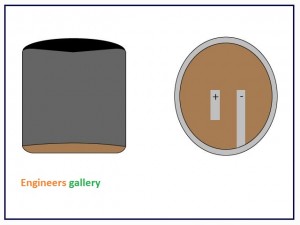 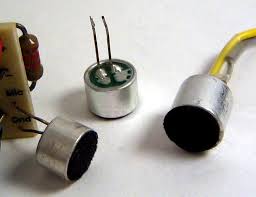 Condenser microphone (mic) is a transducer that uses a capacitor (or condenser) to convert acoustical energy into electrical energy. The sound waves result into electric signals that can be used to drive a circuit or device. The pin connected to the case of mic is connected to ground and the other pin gives the output.
A simple capacitor has two plates with a voltage difference between them. The capacitance depends on the distance between these plates. In condenser mic, a diaphragm (of light material) acts as one of the plates. When sound waves strike the diaphragm, the distance, between the plates, changes and so does the capacitance. When the plates come closer, thereby increasing the capacitance, a charge current is generated. Similarly, the capacitance decreases and a discharge current occur when the plates move apart.
There are two methods of extracting sound signals from mic, namely, DC biased and radio frequency (RF). In DC biased method, the charge within the capsule, i.e., diaphragm and fixed plate assembly, remains constant. The voltage variations, across the capsule, are passed through a series resistor and are further amplified. In RF method either the capacitance change modulates the amplitude of output of a low RF oscillator or the capsule is a part of a resonant circuit which modulates the frequency of output. Learn about working and internal structure of a condensor microphone. 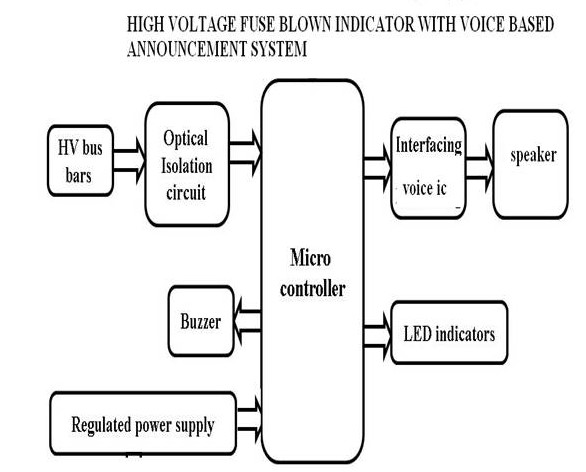 Amisha - December 4, 2015
0
AIM:  The purpose of this project is to alert the remote user incase of a fuse in a critical electrical equipment got fused. INTRODUCTION: This consists... 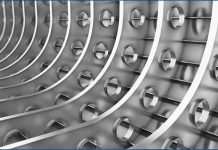 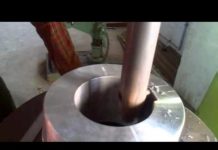 OPERATIONS PERFORMED ON A SLOTTING MACHINE