CLASSIFICATION OF AIR CONDITIONING SYSTEMS ACCORDING TO CONSTRUCTION AND OPERATING CHARACTERISTICS

Air conditioning systems can also be classified according to their construction and operating characteristics as follows.

Individual room, or simply individual air conditioning systems employ a single, self-contained room air conditioner, a packaged terminal, a separated indoor-outdoor split unit, or a heat pump. A heat pump extracts heat from a heat source and rejects heat to air or water at a higher temperature for heating. Unlike other systems, these systems normally use a totally independent unit or units in each room. Individual air conditioning systems can be classified into two categories:

The major components in a factory-assembled and ready-for-use room air conditioner include the following: An evaporator fan pressurizes and supplies the conditioned air to the space. In tubeand- fin coil, the refrigerant evaporates, expands directly inside the tubes, and absorbs the heat energy from the ambient air during the cooling season; it is called a direct expansion (DX) coil. When the hot refrigerant releases heat energy to the conditioned space during the heating season, it acts as a heat pump. An air filter removes airborne particulates. A compressor compresses the refrigerant from a lower evaporating pressure to a higher condensing pressure. A condenser liquefies refrigerant from hot gas to liquid and rejects heat through a coil and a condenser fan. A temperature control system senses the space air temperature (sensor) and starts or stops the compressor to control its cooling and heating capacity through a thermostat (refer to Chap. 26).

Individual air conditioning systems are characterized by the use of a DX coil for a single room. This is the simplest and most direct way of cooling the air. Most of the individual systems do not employ connecting ductwork. Outdoor air is introduced through an opening or through a small air damper. Individual systems are usually used only for the perimeter zone of the building.

Evaporative-cooling air conditioning systems use the cooling effect of the evaporation of liquid water to cool an airstream directly or indirectly. It could be a factory-assembled packaged unit or a field-built system. When an evaporative cooler provides only a portion of the cooling effect, then it becomes a component of a central hydronic or a packaged unit system.

Space conditioning air conditioning systems are also called space air conditioning systems. They have cooling, dehumidification, heating, and filtration performed predominately by fan coils, water source heat pumps, or other devices within or above the conditioned space, or very near it. A fan coil consists of a small fan and a coil. A water-source heat pump usually consists of a fan, a finned coil to condition the air, and a water coil to reject heat to a water loop during cooling, or to extract heat from the same water loop during heating. Single or multiple fan coils are always used to serve a single conditioned room. Usually, a small console water-source heat pump is used for each control zone in the perimeter zone of a building, and a large water-source heat pump may serve several rooms with ducts in the core of the building (interior zone, refer to Chap. 28).

Packaged air conditioning systems can be used to serve either a single room or multiple rooms. A supply duct is often installed for the distribution of conditioned air, and a DX coil is used to cool it. Other components can be added to these systems for operation of a heat pump system; i.e., a centralized system is used to reject heat during the cooling season and to condense heat for heating during the heating season. Sometimes perimeter baseboard heaters or unit heaters are added as a part of a unitary packaged system to provide heating required in the perimeter zone. Packaged air conditioning systems that employ large unitary packaged units are central systems by nature because of the centralized air distributing duct work or centralized heat rejection systems. Packaged air conditioning systems are characterized by the use of integrated, factory-assembled, and ready-to-use packaged units as the primary equipment as well as DX coils for cooling, compared to chilled water in central hydronic air conditioning systems. Modern large rooftop packaged units have many complicated components and controls which can perform similar functions to the central hydronic systems in many applications.

Copied by HANDBOOK OF AIR CONDITIONING AND REFRIGERATION by Shan K. Wang 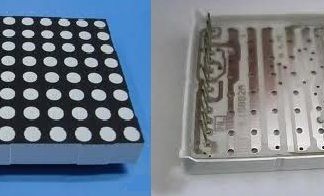 Amisha - December 15, 2015
0
Introduction: In this project, you will  use two sets of shift registers. These will be connected to the rows and columns of the dot matrix display.... 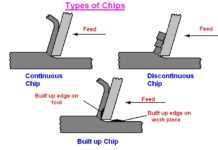 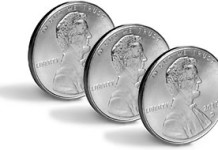 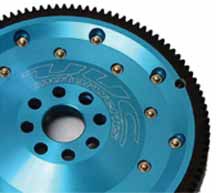