One fundamental issue in today On-line Social Networks (OSNs) is to give users the ability to control the messages posted on their own private space to avoid that unwanted content is displayed. Up to now OSNs provide little support to this requirement. To fill the gap, in this paper, we propose a system allowing OSN users to have a direct control on the messages posted on their walls. This is achieved through a flexible rule-based system, that allows users to customize the filtering criteria to be applied to their walls, and a Machine Learning based soft classifier automatically labeling messages in support of content-based filtering. Index Terms—On-line Social Networks, Information Filtering, Short Text Classification, Policy-based Personalization.

We believe that this is a key OSN service that has not been provided so far. Indeed, today OSNs provide very little support to prevent unwanted messages on user walls. For example, Face book allows users to state who is allowed to insert messages in their walls (i.e., friends, friends of friends, or defined groups of friends). However, no content-based preferences are supported and therefore it is not possible to prevent undesired messages, such as political or vulgar ones, no matter of the user who posts them. Providing this service is not only a matter of using previously defined web content mining techniques for a different application, rather it requires to design ad-hoc classification strategies. This is because wall messages are Constituted by short text for which traditional classification Methods have serious limitations since short texts do not Provide sufficient word occurrences.

The aim of the present work is therefore to propose and experimentally evaluate an automated system, called Filtered Wall (FW), able to filter unwanted messages from OSN user walls. We exploit Machine Learning (ML) text categorization techniques [4] to automatically assign with each short text message a set of categories based on its content. The major efforts in building a robust short text classifier are concentrated in the extraction and selection of a set of characterizing and discriminate features. The solutions investigated in this paper are an extension of those adopted in a previous work by us from which we inherit the learning model and the elicitation procedure for generating pre-classified data.

The original set of features, derived from endogenous properties of short texts, is enlarged here including exogenous knowledge related to the context from which the messages originate. As far as the learning model is concerned, we confirm in the current paper the use of neural learning which is today recognized as one of the most efficient solutions in text classification. In particular, we base the overall short text classification strategy on Radial Basis Function Networks (RBFN) for their proven capabilities in acting as soft classifiers, in managing noisy data and intrinsically vague classes. Moreover, the speed 2 in performing the learning phase creates the premise for an adequate use in OSN domains, as well as facilitates the experimental evaluation tasks.

Implementation is the stage of the project when the theoretical design is turned out into a working system. Thus it can be considered to be the most critical stage in achieving a successful new system and in giving the user, confidence that the new system will work and be effective.

The implementation stage involves careful planning, investigation of the existing system and it’s constraints on implementation, designing of methods to achieve changeover and evaluation of changeover methods.

In defining the language for FRs specification, we consider three main issues that, in our opinion, should affect a message filtering decision. First of all, in OSNs like in everyday life, the same message may have different meanings and relevance based on who writes it. As a consequence, FRs should allow users to state constraints on message creators. Creators on which a FR applies can be selected on the basis of several different criteria; one of the most relevant is by imposing conditions on their profile’s attributes. In such a way it is, for instance, possible to define rules applying only to young creators or to creators with a given religious/political view. Given the social network scenario, creators may also be identified by exploiting information on their social graph. This implies to state conditions on type, depth and trust values of the relationship(s) creators should be involved in order to apply them the specified rules. All these options are formalized

by the notion of creator specification, defined as follows.

As mentioned in the previous section, we address the problem of setting thresholds to filter rules, by conceiving and implementing within FW, an Online Setup Assistant (OSA) procedure. OSA presents the user with a set of messages selected from the dataset discussed in Section VI-A. For each message, the user tells the system the decision to accept or reject the message. The collection and processing of user decisions on an adequate set of messages distributed over all the classes allows to compute customized thresholds representing the user attitude in accepting or rejecting certain contents. Such messages are selected according to the following process. A certain amount of non neutral messages taken from a fraction of the dataset and not belonging to the training/test sets, are classified by the ML in order to have, for each message, the second level class membership values.

A further component of our system is a BL mechanism to avoid messages from undesired creators, independent from their contents. BLs are directly managed by the system, which should be able to determine who are the users to be inserted in the BL and decide when users retention in the BL is finished. To enhance flexibility, such information

are given to the system through a set of rules, hereafter called BL rules. Such rules are not defined by the SNM, therefore they are not meant as general high level directives to be applied to the whole community. Rather, we decide to let the users themselves, i.e., the wall’s owners to specify BL rules regulating who has to be banned from their walls and for how long. Therefore, a user might be banned from a wall, by, at the same time, being able to post in other walls.

Similar to FRs, our BL rules make the wall owner able to identify users to be blocked according to their profiles as well as their relationships in the OSN. Therefore, by means of a BL rule, wall owners are for example able to ban from their walls users they do not directly know (i.e., with which they have only indirect relationships), or users that are friend of a given person as they may have a bad opinion of this person. This banning can be adopted for an undetermined time period or for a specific time window. Moreover, banning criteria may also take into account users’ behavior in the OSN. More precisely, among possible information denoting users’ bad behavior we have focused on two main measures. The first is related to the principle that if within a given time interval a user has been inserted into a BL for several times, say greater than a given threshold, he/she might deserve to stay in the BL for another while, as his/her behavior is not improved. This principle works for those users that have been already inserted in the considered BL at least one time. In contrast, to catch new bad behaviors, we use the Relative Frequency (RF) that let the system be able to detect those users whose messages continue to fail the FRs. The two measures can be computed either locally, that is, by considering only the messages and/or the BL of the user specifying the BL rule or globally, that is, by considering all OSN users walls and/or BLs.

A filtering rule FR is a tuple

_ Author is the user who specifies the rule;

_ Creator Spec is a creator specification, specified according

Constraints of the form (C; ml), where C is a

be performed by the system on the messages matching

Keval Chaudhari - August 8, 2015
0
TENSILE STRESS AND STRAIN When a body is subjected to two equal and opposite axial pulls P (also called tensile load) as shown in Fig. 1... 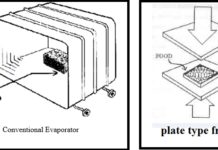 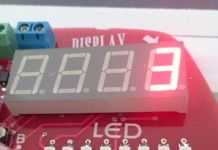 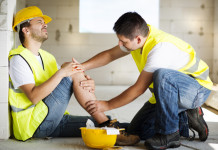 ACCIDENTS AND THEIR TYPES